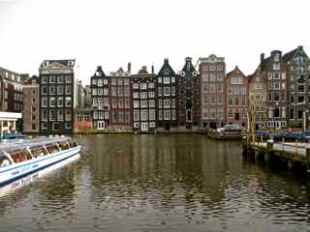 Amsterdam is by far the most unique city out of the major northern European cities. This is a city of water; 25% of the city’s surface is canal. A 7.25 Euro canal cruise will guide you around the canals and give you a broad overview of the city. Of course, the widely known Red Light District is the attraction the draws tourists in. In this area, weed can legally be bought and smoked in coffee shops and you will see prostitutes selling themselves in windows. It is quite a site but don’t let this turn you away from all the city has to offer! It is one thing to know about the Red Light District, but it is another to see it in person. Fair warning-it’s not for those with sensitive eyes and souls. If you aren’t interested in viewing this that’s okay! The Red Light District is only a small area of the city. On the outskirts, you will find more bikes than people. Rent a bike for a day a visit the Anne Frank House, Van Gogh Museum, lovely markets, the National Maritime Museum, the Rijksmuseum and more! Clogs, diamonds and windmills are all made in Holland. It is a total outdoor city with plenty to do in a weekend. It is also cheaper than London. The official language is Dutch, but out of the three cities, you will hear the most English spoken here.